The house was founded in 1859,  and we celebrated the 150th anniversary in November 2019. Famous Hopperites include the Viscount Whitelaw (Margaret Thatcher’s Home Secretary), Cecil King (a newspaper magnate who plotted to overthrow the Queen), and many other politicians, scientists, and sportsmen of yesteryear.

To most, Hopper's is a house with a reputation for sporting excellence, which has been garnered under the tenure of our current housemaster, Mr Chris Good. Over the past few years, the trophies of most major sports have inhabited the Grubbing Hall (dining hall) mantelpiece of this house with an alarming frequency. Indeed, it has been so much so that Mr Good has even had to create a new trophy for the outstanding feat of the 'Jun Quintuple' - the act of holding trophies for the junior inter-house competitions in two steeplechase races, cricket, Winchester College Football and soccer.

But that does not happen because every Hopperite is sporty. The fact that each Hopperite is expected to join every sporting endeavour when required and to give it their very best each time, whatever their skill level may be, is the defining feature of the house. This attitude to sport is what is expected from a Hopperite in whatever he does while at Winchester and beyond - best of all he does of his own accord. Thus, around this spirit, the boys in Hopper’s develop a great connection and bond through these successes and failures, which generate longer-lasting, more meaningful memories and friendships than the short-lived fame and ephemeral joy of winning. As a result, it is this character that makes Hopper’s both a unique house at Winchester and arguably the best as well.

“The atmosphere across all the years is like we are one family; it has been very friendly since starting in September and it is great to be back again…”

“I love the Hopper’s house spirit and the welcoming nature of all Hopperites, the great relationships between JP and VIth book (the first year and sixth form), and the amazing facilities in the House and garden. I have enjoyed playing squash in the House court.”

“I have enjoyed playing Edward Turner’s piano in Grubbing Hall (dining hall) knowing it has been played by so many Hopperites over the last 150 years.”

“I really enjoy the atmosphere of Mugging Hall (study hall). I really love how inclusive the older years are in the house. I love the amount of choices of sport that Mr Good encourages on Half Rems (half days)....”

"As I found out quickly, there are few species that are more welcoming and hospitable than the Hopperite.” - Florian, a German student who spent a year at Hopper's. 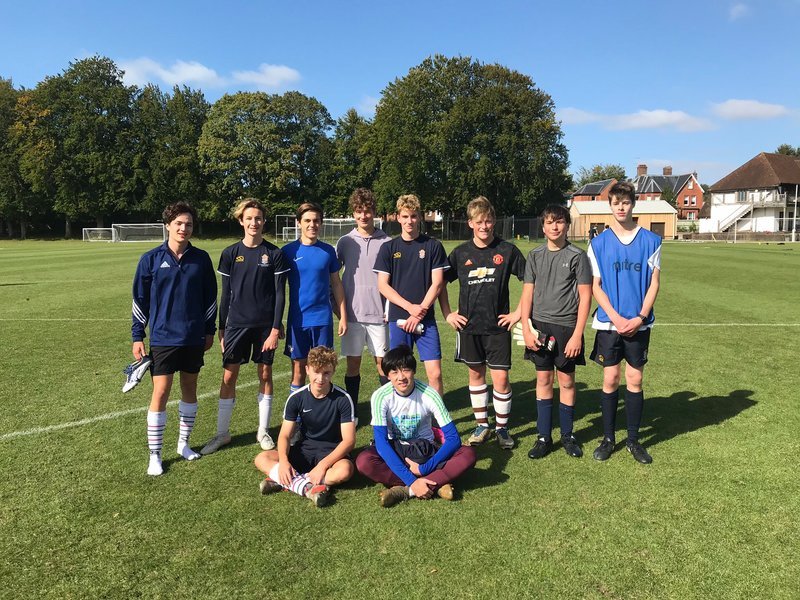 In this heart-warming piece, the 'Kennyites' share what they most enjoy about life in the house, along with insights from some of the first years into how they have settled in.