"Mastering disciplines, learning to communicate effectively, engaging civilly in discussion and argument – these have and should remain at the forefront of all education". Howard Gardner, Harvard Professor of Cognition and Education.

Div is at the heart of the education we offer. It defines the liberal character of Winchester academic life. Pupils engage in discussion and debate, and embrace the idea of learning for its own sake, unrestrained by any examination syllabus. Div refers both to the subject, and to a form of about fifteen pupils from all different boarding houses, whose teacher is referred to as the Div don. Div dons are drawn from the whole range of different academic departments.

Div is multi-disciplinary in scope. In Years 9 to 11, it provides pupils with an introduction to a broad sweep of History, from classical times to the Early Modern period. It also encompasses English literature and language, the History of Science and Art, Religious Studies and PSHEE.

In the Sixth Form, each Div don determines the programme. The material selected for inclusion is equally likely to be artistic, literary, philosophical, political, sociological, art-historical, ethical, religious or musical.

Through this combination of disciplines, the school seeks to fashion discriminating learners. Div helps pupils to think critically, to question and assimilate complex ideas, and to articulate their thoughts with clarity and confidence, both on paper and orally in front of their peers.

Lessons and weekly written assignments are devised for the individual pupils in each Div. Sometimes, the group’s own interests and specialisms steer the direction studies take.

Meeting almost every day, pupils in the lower school spend more time with their Div don than any of their other teachers. In the Sixth Form, Div is taken by all pupils alongside their A level subjects.

We believe that Div helps to make our pupils better prepared to face the demands and challenges of the modern world.

“Div is the reason I applied to Winchester College. No other school offers the same holistic style of learning to such a well-rounded degree, exploring topics far beyond the possible range of any realistic syllabus, transcending subject boundaries and allowing learning for the pleasure of learning. ”

Recently, one Div’s explorations resulted in the publication of a paper for a scientific journal:

At the height of the recent Ebola crisis, the boys read a play, The Roses of Eyam, based on a village in the grip of a plague outbreak. It triggered an interest in contagion and isolation. So the group, many of whom had no prior knowledge of calculus, considered ways to understand the developing situation in both real life and in the text. By plotting the course of the epidemic, they developed a simple model to represent population dynamics and the spread of infection.

Calculating this model immediately transformed a human story into a parallel mathematical problem. A lesson that began with English Literature led to an understanding of the applied science of Epidemiology. More importantly, pupils followed their love of learning to a satisfying conclusion.

As the Good Schools Guide 2019 noted, "Winchester is sometimes described as, ‘very traditional’, the implication being that this is not necessarily a good thing. The reverse is true. It is the College’s enlightened (but not unquestioning) commitment to the enduring principles of a ‘traditional’ liberal education, as embodied by Div, that parents, dons and boys value the most. Ironically, Div’s cross-curricular, discursive and research-led ethos now seems strikingly modern." 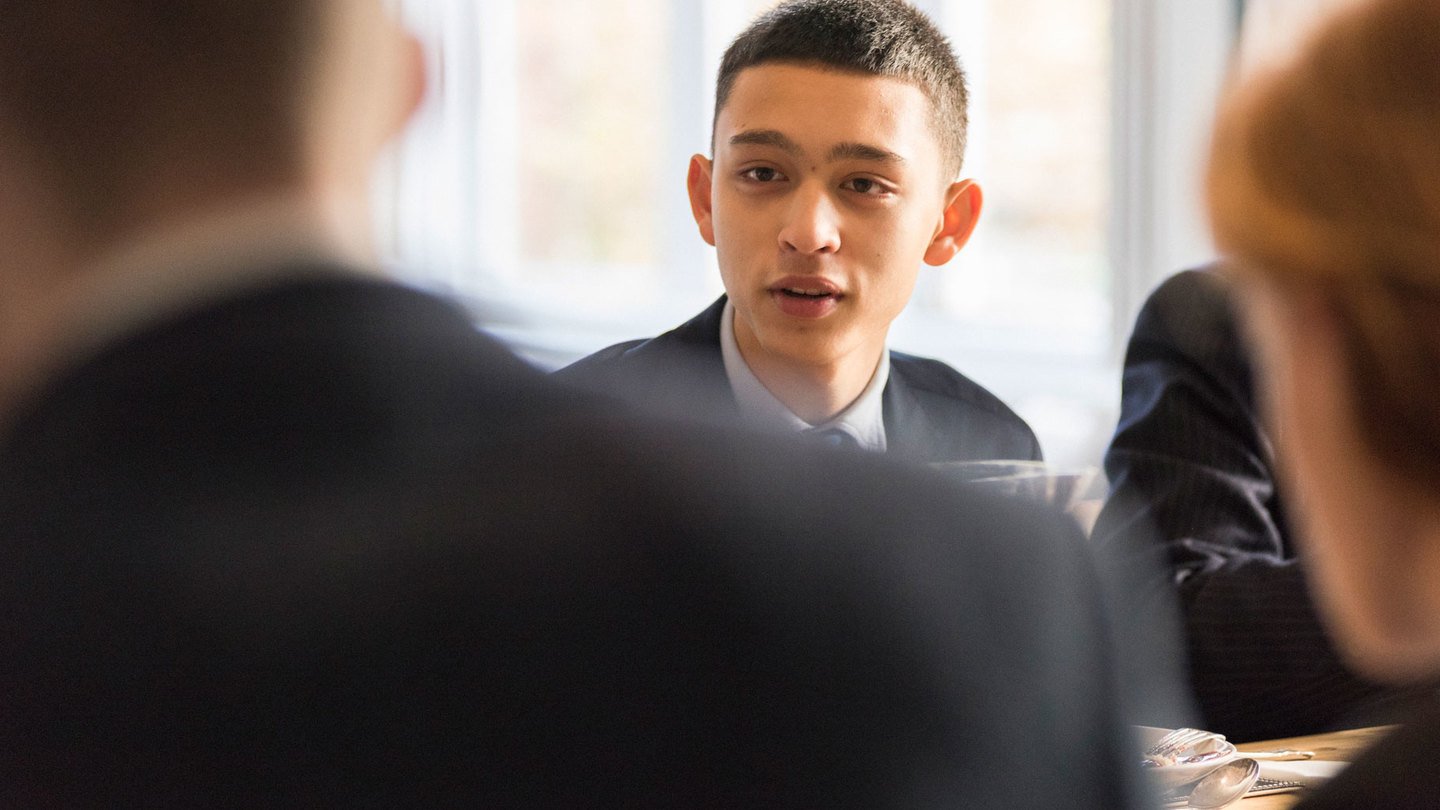 “Outside my chosen academic subjects, I have worked my way through parts of Beowulf in its original Old English, dabbled in Aristotelian philosophy, and held countless debates on politics, history, and art.”