The D-Day Landing exhibition at Winchester College was created in 2008 from a collection of D-Day charts, documents and photographs found in the Fellows’ Library. We do not know how the documents came to be at Winchester. Many were evidently used aboard HMS Warspite, but there is no clear connection to explain how the items found their way to Winchester.

One theory is that the documents came to us via Sir Charles Portal (former pupil, 1906-12), Air Chief Marshal and Chief of the Air Staff from October 1940 to December 1945. An alternative source is Captain IA Dannreuther (former pupil, 1934-1938), who was a member of the Combined Operations Bombardment Unit and assigned to an unrecorded vessel. Were Dannreuther to have been on board HMS Warspite, this would explain how the Library came to acquire the firing charts of that battleship. The only Wykehamist connection found thus far with Warspite during WW2 is AS Mackintosh (College, 1939-43), a Midshipman aboard her on D-Day.

HMS Warspite was a Queen Elizabeth-class battleship of the British Royal Navy. She was launched on 26 November 1913 at Devonport Royal Dockyard. During the Battle of Calabria (1940) she was credited with achieving the longest range gunnery hit from a moving ship to a moving target in history. This was a hit on the Italian flagship Giulio Cesare at a range of approximately 26,000 yards (21 kilometres). Warspite also took part in the naval portion of the Battle of Crete, where she was badly damaged by German bombers, and then returned to action on 15 September 1943, at Salerno and was again badly damaged. On 5 June, she sailed from the Solent with Force ‘D’ as Convoy S6 through a swept channel to the bombardment anchorage. The following day Warspite provided gunfire support for assault landings on Sword Beach. On 10 June she transferred to Western Task Force Area, where she bombarded shore targets in support of US Army operations off Utah Beach and on 11 June she returned to the Eastern Task Force and bombarded positions at Arromanches in support of British 50th Division during the German counter-attack. She last saw service in November 1944 and was sold for scrap in 1947.

On all the charts, Warspite’s bombarding positions are marked with purple arrows.

Robert was the elder son of Robert Cecil Hunter (C 1892-97) and Aileen Edith Hunter (daughter of Lt Col Arbuthnott Percy Byng Sutherland Dunbar). He was the only OW to be killed in action on D-Day.

Hunter came from St. David’s, Reigate in September 1923 to Southgate Hill (Du Boulay’s House) where his father, grandfather and three uncles had been before him. The family suffered heavy losses in two world wars. Of his uncles, Lt Hugh Michael Hunter (C 1905-1910, Wiltshire Regiment), died of wounds in April 1915, and Capt Richard Jocelyn Hunter (C 1899-1905, London Rifle Brigade) fell in 1918 (both are commemorated by Hunter Tent).

Robert played for his house for two years at cricket and football, and was a good rackets player. In 1929 he went on to Brasenose College, Oxford, and in 1932 joined his grandfather’s firm of solicitors, becoming a partner in 1936. He was also a Liveryman of the Merchant Taylors’ Company.

On July 12th 1937 he married Mélanie Grant (daughter of William West Grant DSO, of Denver, Colorado, USA). He had held a Territorial commission in the Scottish Horse from 1933, and joined his regiment on the outbreak of war. He was on the staff of Northern Command from 1940 to 1942, when he went to Sierra Leone for fifteen months as a Major (DAAG). He then applied to be released from staff work, and did nine months special training in commando and naval gunnery work.

He landed with 6th Airborne Division on D-Day as a Forward Observation Officer, and was reported missing, and later killed in action, on that day, at Villers-sur-Mer. Villers-sur-Mer is some way east of the landing grounds of 6th Airborne on D-Day; Hunter’s must have been one of the drops which went adrift, and, isolated from the main force, his group would have been quickly picked up by the Germans.

Hunter was eventually confirmed killed late in September 1944. A requiem mass was held at noon on October 3rd 1944 at St. Mary’s, Bourne Street, London. Aged thirty-four when he died, he is buried in grave IVA.K.20, Ranville War Cemetery, Normandy. His tombstone is inscribed: in hoc signo vinces.

Kenneth was the eldest son of Sidney Julius Gillum (F 1889-95), of Reigate, Surrey, and his wife Dorothea (daughter of Charles Stewart Smith, of Clent, Worcestershire). He was the brother of John Reginald Gillum (E 1930-34). He went up to King’s College, Cambridge, his father’s old college, in 1941, and was reading agriculture when called up. Riding and farming were his main interests; while still at Winchester he was often seen driving a tractor in the neighbourhood of Chilcomb.

He went into the Royal Armoured Corps in 1942, but transferred to the airborne forces in 1943. Gillum had been recruited into a specialist parachute unit, 22nd Independent Parachute Company. The purpose of the unit was to mark the parachute drop-zones and glider landing-zones with ‘Eureka’ radio beacons, lights, and marker panels. The dropping aircraft used homing devices known as ‘Rebecca’ sets to home in on the ‘Eureka’ beacons. Having marked the zones, the path-finders would defend the area and afterwards attach themselves to divisional headquarters for whatever tasks were needed. Gillum and his fellow path-finders were among the very first troops to be dropped on D-Day to hold the east of the Normandy beach-head. They were to mark three drop-zones and as a guarantee of success two aircraft-loads of men (known as “sticks”) were to be dropped on each. From the beginning the drop went wrong. The aircraft had difficulty in identifying the drop-zones and in three instances they needed two or more runs over the target – resulting in drops being many minutes late. The Commanding Officer, Major Lennox-Boyd prematurely exited south east of the drop-zone and was killed. Gillum was one of ten men, commanded by Captain Ian Tait, on board Albemarle P1383 of 297 Squadron, who managed to land on the south-east corner of their drop zone “N” and erect their Eureka beacons. They then made their way to the company concentration area near Divisional HQ at Le Bas Ranville. Once the Company had rendezvoused, it was used as infantry. In the days which followed attempts were made to capture the village of Bréville, which was strongly held by the Germans, and overlooked the Ranville area, and split the British positions. Gillum was killed at Bréville in the fierce fighting of the first days of the battle on June 9th 1944 (the village fell on June 12th).

Aged twenty when he died, Gillum is buried in Ranville War Cemetery, grave IVA.B.6. His tombstone bears the inscription: “He that believeth in me, though he were dead, yet shall he live.” St. John XI.25 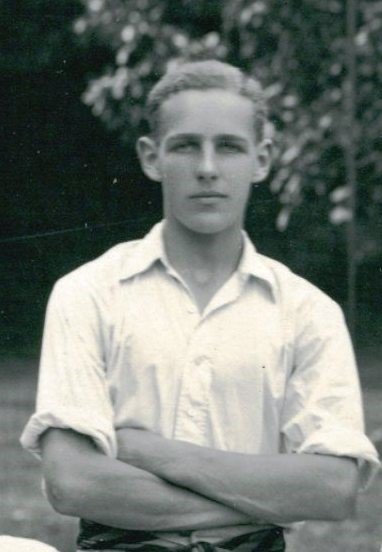 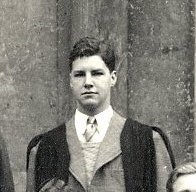 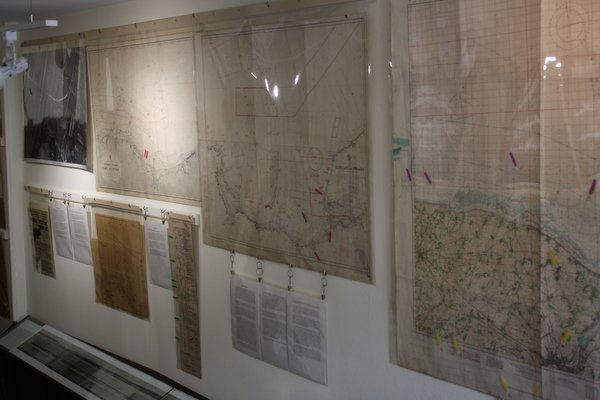 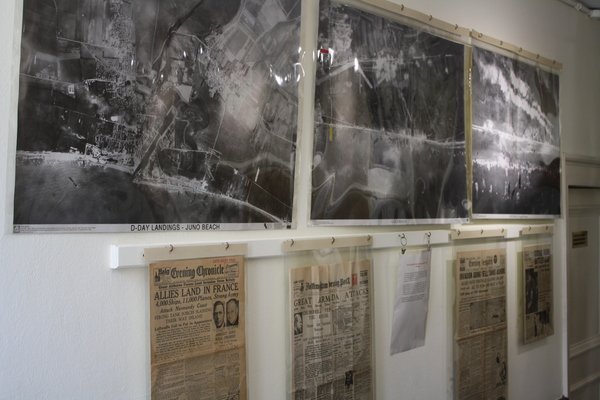 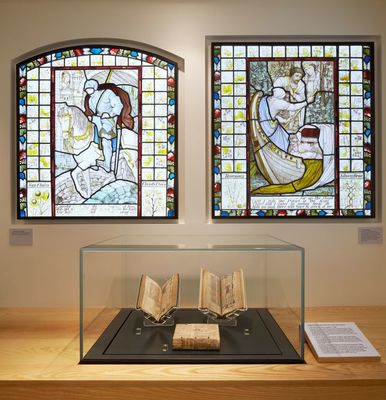 The Treasury museum at the school is now free to the public and open daily, as we make these wonderful treasures more accessible to all. 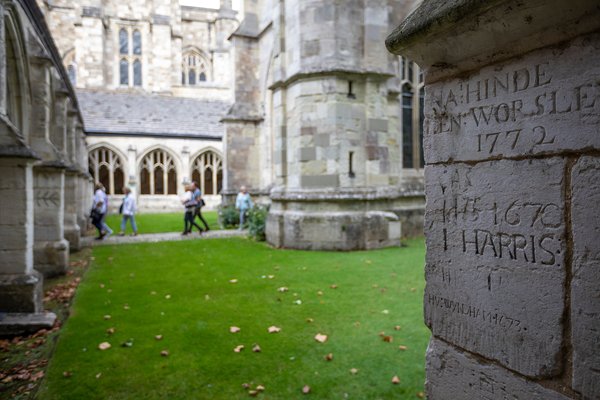 Getting a sense of Winchester College

As part of its commitment to improve access to all, the school has started to run tours for the visually impaired, which are providing a different perspective on many aspects of the school for everyone involved as guides and participants are encouraged to experience the medieval buildings and environment in new ways. 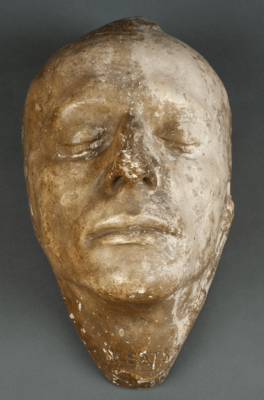 The path to autumn

To mark the 200th anniversary of Keats's time in Winchester, the school will host two public talks and a new exhibition about the poet. 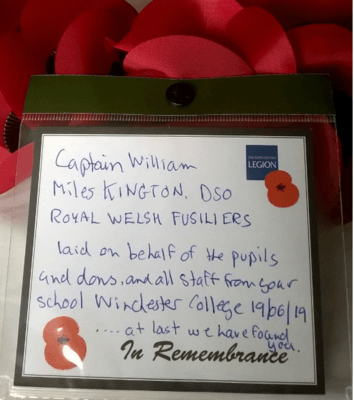 Falling in the First World War, former pupil, Captain William Miles Kington was only recently identified. Two of our teaching staff travelled to the Tyne Cot cemetery to attend the Ceremony of Rededication of his headstone. 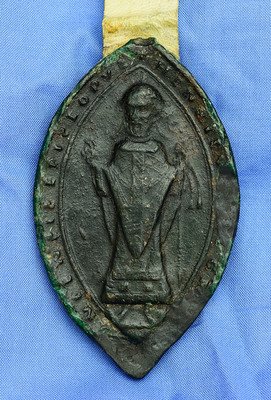 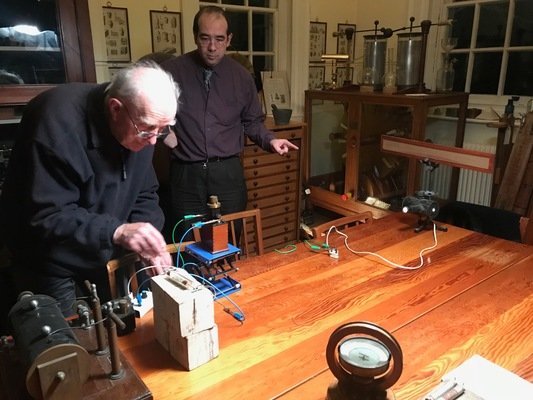