The College’s collection of watercolours and drawings—consisting of around 500 works on paper from the 18th to 20th centuries— can now be viewed online at www.winchestercollections.co.uk. It includes works by many of the most famous names in British art, including Thomas Gainsborough, JMW Turner and Joseph Wright of Derby.

Items from the collection are regularly on display: to the public in our exhibitions in Treasury, and to the Winchester College community in an annual exhibition curated by pupils. Some of the pictures are shown on rotation across the boarding houses and elsewhere on the school campus. Because of their sensitivity to light, works on paper can only be displayed for relatively short periods, but the online catalogue will ensure that the whole collection remains accessible. All images may be downloaded and used free of copyright for non-commercial purposes. 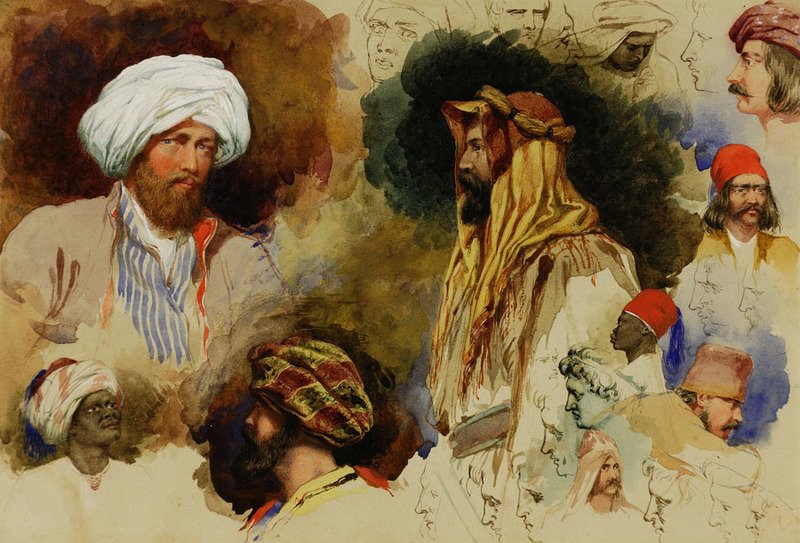 The Collection and its History

The collection began with the benefactions of Harry Collison in 1940, and Lieutenant Colonel Arthur Brooke (Bramston’s, 1900-05) in 1954. In the 1990s, the College received over a hundred pictures from Major-General Sir John D’Arcy Anderson (College, 1922-27) and Lady Elizabeth Anderson. The most recent addition was a group of watercolours from the bequest of Adam Crick (1957-2016), a former pupil (Freddie’s, 1971-75) who also taught English at Winchester.

Winchester’s collection shows the great diversity of the British watercolour tradition. Among the highlights are a view in Italy by Francis Towne (1781), a study of figures in Middle Eastern dress by Richard Dadd (1842), one of Turner’s sketches of the River Rhine (1817), and scenes of devastation on the Western Front by Henry Tonks (1918). A part of the collection is dedicated to historic views of Winchester, documenting the changing appearance of the city as well as the College from the 18th century to the present.

The online catalogue draws on much new research into the collection and the College is very grateful for the advice of many external experts, including historians of art, architecture and agriculture.

A new publication explores the College's collection of medieval glass. Created across a period of significant artistic change, they demonstrate the development of stained glass production techniques and the Gothic style from the mid-thirteenth to sixteenth centuries.

In anticipation of a new Everest exhibition in Treasury this September, Mr Bill Norton, son of explorer and mountaineer Edward Norton spoke to pupils and staff about the challenges and team dynamics of the 1921 expedition.

In times when museums and libraries are shut, digital resources have become more important than ever in the experience of art and culture. In anticipation of the Treasury museum’s next temporary display, the College has created a new online exhibition.

During February half term, the Treasury ran a family fun day for local families to come and explore the museum and make their own amazing animal crafts, inspired by the collections.