Life in the Porters' Lodge

This rare photograph of some of the school’s domestic staff in the mid-1860s (below) shows a group of men identified as the carpenter, the manciple, the chambermen, the brewer, the head porter and his deputy, and the cook. Notes on the reverse and additional records held in the archives enable us to name these men, but generally we know very little about the generations of men and women who have worked as domestic staff at Winchester. Staff records often just listed a job title, not an individual’s name and proper wage books are sadly lacking for many years. But then, as now, they were central to the smooth running of the school. 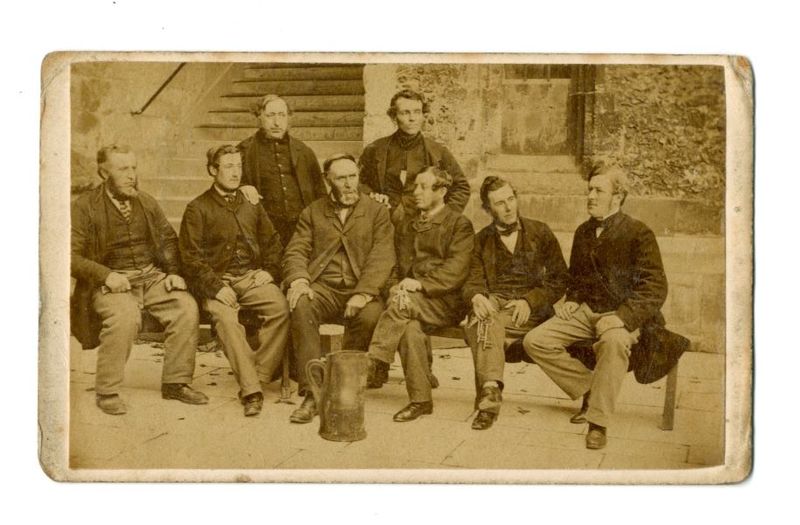 The Porters’ Lodge is the first port of call for pupils, parents and staff arriving at the school and is one of the few buildings at Winchester College, which has had the same continuous use since the school opened in 1394. Until the Reformation it had a secondary function as the barber’s room. All the scholars and fellows were required to be tonsured and it was therefore necessary to have someone on the staff who could maintain the tonsures. In the school’s early accounts, the Lodge is known as the ‘barbaria’.

The job of porter and barber was sometimes held separately, sometimes not. At least one of the porters slept in the Lodge until 1907, and until 1886 the only window was the one looking into Outer Court as the window facing out onto College Street was created in that year. The Lodge otherwise remains relatively un-changed. 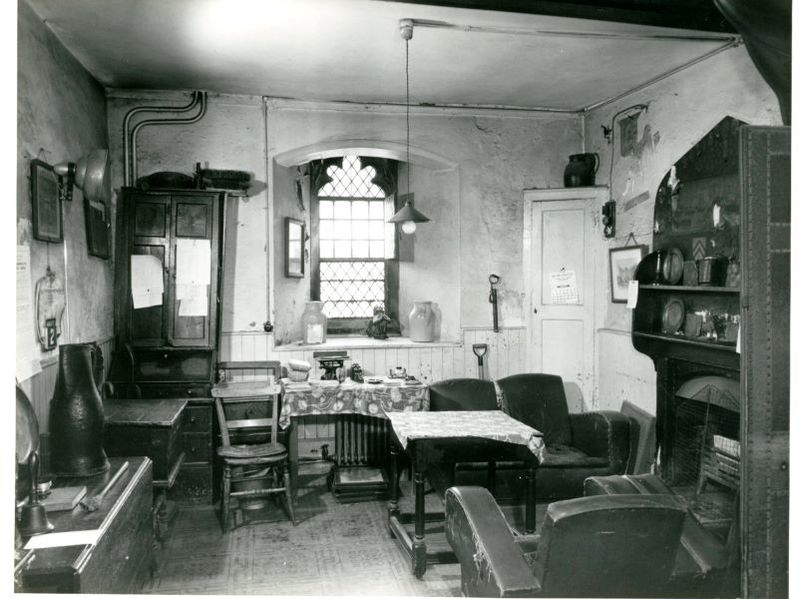 The main function of the porters has always been to man the entrance to the school but, in the past, a porter’s duties included various other activities, such as attending to the lighting and heating of Chapel, lots of cleaning, helping at meal times in College Hall, and acting as a tour guide. The tips received from this last job provided a bit of extra income.

The porters were also required to attend 'divine service' on Sunday and to ensure that neither visitors nor boys brought any 'prohibited items' into the school – sadly we don’t know what these prohibited items were. All this was rewarded with a weekly wage, meals, and 6 pints of beer a day for the head porter and 12 pints a day for the under-porter. Tours might have been very entertaining indeed as a result. 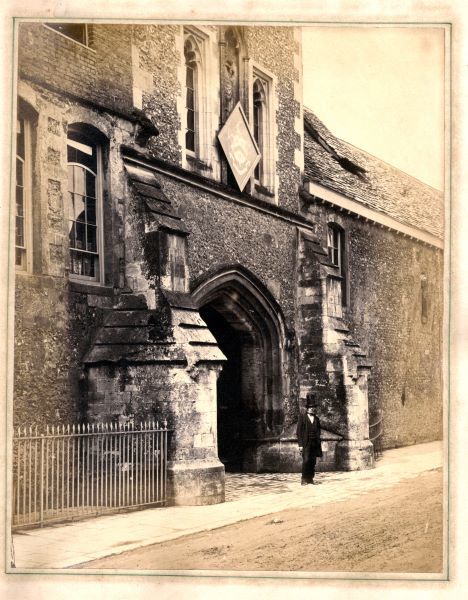 We don't know a tremendous amount about individual porters from the past but the archives do throw a little light on some characters. William Appleford, porter from 1674 to 1696, was evidently inspired by the example of William of Wykeham’s foundation as he bequeathed money and land to be used to educate poor children, particularly girls, in the Hampshire parish of Catherington.

For some years, the deputy porters were all given the names of minor prophets – Obadiah in the 1840s, succeeded by Amos, and then by Joel in the early 1920s. Joel (Mr Rawlins) lived in Mill Cottage, kept goats and ducks, and was known for wearing noisy shoes. His boss, Henry ‘Johnny’ Bishop, wore quiet shoes and served the school for 66 years, starting as a boot-boy at Moberly’s in 1871, progressing to work as a butler in the Warden’s Lodgings and in College Hall. Appointed head porter in Dec 1908, until his retirement in 1937, he was remembered for his courtesy and efficiency, and for helping to make home-sick scholars feel more at home.

The Lodge very much remains a focal point of school life today with the current team of porters providing a welcoming and friendly reception to all, led by Head Porter, Allan Reinthal.

In May, the College opened its gardens to the public as part of the National Garden Scheme.