A shoot from the stump

The mighty, gnarled plane trees of Meads are thought to have been planted together with the limes in 1781 as part of William Bowles’s plan to improve the Fellow’s pleasure grounds. The College still has a record of the bill for work - £37.17s.7d, including ‘two large planes’ at 1/- each to Isaac Keen of Southampton.

It is thought the trees should last for 300 years, but to ensure an orderly and gradual succession rather than seeing them all replaced at once in c.2081, cuttings were taken from each of the trees three years ago and raised at Hillier’s nursery.

In late March six were planted around Meads, another in the Warden’s Garden and two in Lavender Meads, to replace ash trees suffering from die-back. Several more will be planted as part of the Southern Campus project and some will be planted at St Cross Hospital.

The work has been generously funded by Sir Richard Storey (Bramston's, 1950-55), who has also commissioned artist Emily Patrick to paint Meads in oils.

Let us hope that a generous Wykehamist is around to fund their replacement in time for William of Wykeham’s 1000th birthday in 2320. 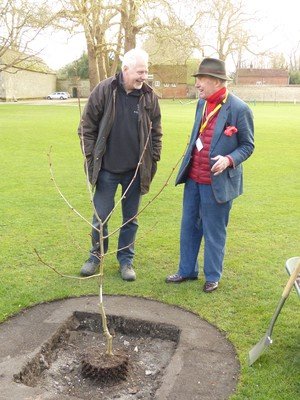 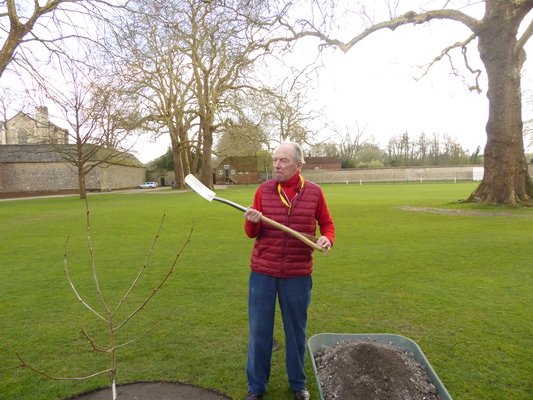 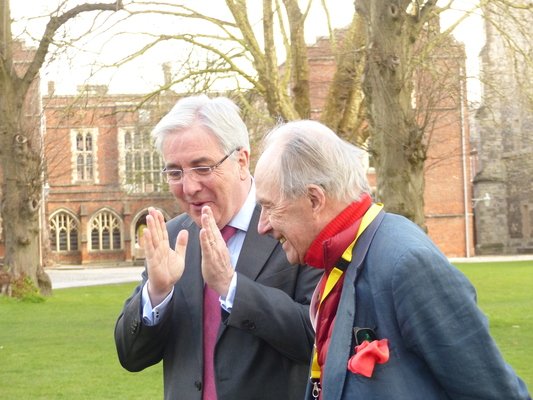