Such headlines have been seen for at least the last two decades, and they are not historical: a senior member of the Institute of Physics recently told the TES that the shortage of physics teachers needed to be urgently addressed. Data from the DfE showed that only 22% of the required number of specialist physics teachers were recruited last year. The reasons for this chronic shortage have been much rehearsed. The subject is challenging and physicists need to be good at Mathematics. It remains the case that career paths are not always perceived, perhaps especially by girls. In the early years of the new millennium, stretched resources led to a decision to promote general science courses rather than the study of single subjects. Some potential physics teachers took their knowledge, intellect and earning-power elsewhere.

During his career, Tommy Cookson was the headmaster of three major schools. In retirement he has not let the grass grow under his feet. Helping to found Physics Partners, and giving his experience and expertise, has been crucial to the success of the initiative. Physics Partners is an educational charity providing hands-on training and support for non-specialist and newly qualified physics teachers in state secondary schools. Hundreds of teachers and schools have benefitted, including the Harris Academy group of schools in London and schools in Liverpool, Manchester and Yorkshire. 2,500 hours of tuition are given per year and Physics Partners has even greater ambition, subject to funding. 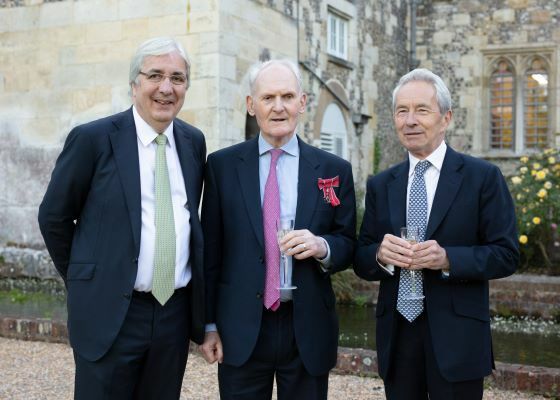 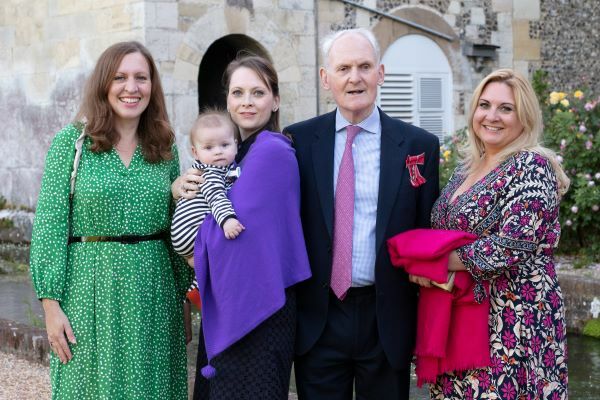 Tuesday 24 May was a typical Winchester day: Lords played the MCC, nine further teams played cricket against Eton; there was a house play and a songfest; a visiting speaker gave voice to green politics. In the Warden’s Lodgings, Winchester honoured one of its sons. Mr Cookson was accompanied by his three daughters and was surrounded by old friends. The head Quirister sang the first grace and, after a fine meal, the Headmaster spoke; Cantores Episcopi made a cameo appearance. There was bound to be reminiscence, but also direction for the future.

Physicists want us to understand more about the World – the interaction of matter, light and energy, from the tiniest particles inside the atomic nucleus to the forces that give rise to the structure of the universe. Winchester’s exceptional Physics department will continue to play its part, not least in helping the work of Tommy Cookson and his colleagues in Physics Partners. In 2020, Winchester College and indeed, the World, lost one of its greatest sons – Professor Freeman Dyson. But there can be no doubt: the dream of the Dyson Sphere lives on.

Read about this year's Festival of Physics

Winchester College announces the appointment of Ms Elizabeth Stone who will be succeeding Dr Hands next summer at the start of the 2023/24 Academic Year.