Supporting Inclusivity in the Community

In the first week of January, Sixth Form pupils, Francesca C., Ezekiel T. and Darcy G. joined the cast of Blue Apple for the hugely enjoyable performances of their winter show, Lashings of Ginger Beer at the Theatre Royal Winchester. The pupils assisted the actors both on and off stage, whether calming any pre-show nerves or leading the singing and dancing routines.

Lashings of ginger beer, an homage to Enid Blyton’s Famous Five characters, involves a group of friends who set out on an enthralling adventure to track-down escaped prisoners in the depths of rural Hampshire. The unsuspecting criminal, the village bobby, was finally discovered and knocked-out by a meticulously timed cricket ball to the hoorahs of ‘Howzat’! by the cast. The play included a voiceover by broadcaster, Alan Titchmarsh depicting 1930s’ village life and providing an historical insight into the origins of the Round Table.

Ezekiel reflected on his experience: "The whole Blue Apple experience is wonderful; the staff are so welcoming, and the actors are great fun to work with. Every time we walk into rehearsals, we are welcomed by a grand applause and experience nothing but positivity all the way to performance day.  Finally getting on stage at the Theatre Royal is very rewarding, and just as enjoyable as the rehearsals building up to the show. " 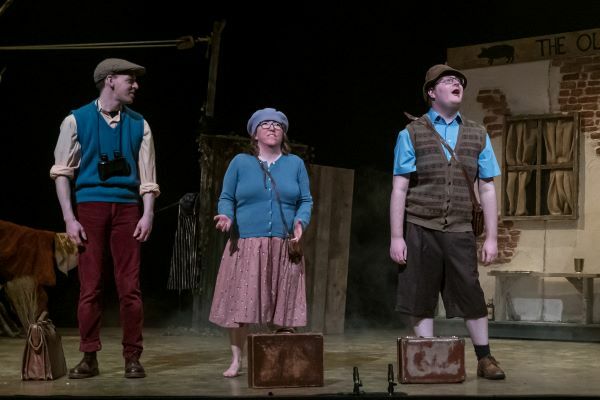 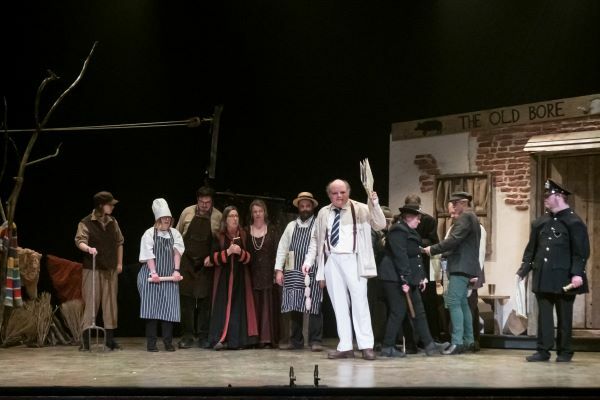 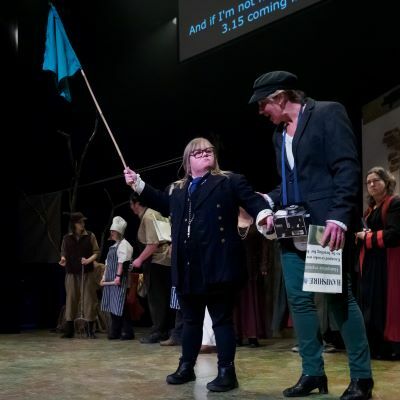 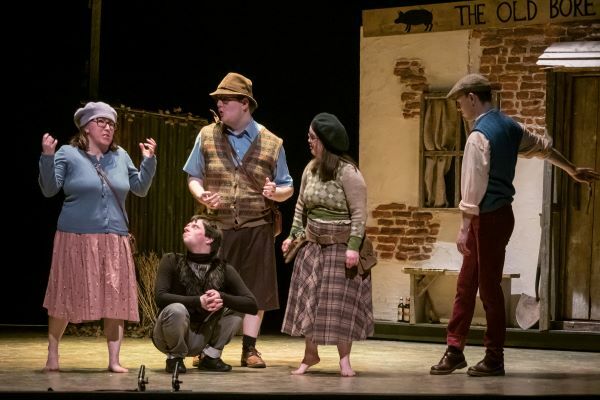 Blue Apple is an inspirational charity which transforms the lives of adults with learning difficulties. Their ambitious productions at the Theatre Royal nurture participants' creative talent to bring confidence and inclusivity.

Winchester College has a long-running partnership with Blue Apple Theatre and pupils support the productions each year through our outreach programme. Over 400 senior pupils at Winchester College volunteer with 40 external organisations and charities across the city and southern Hampshire through the programme.

“The Blue Apple Theatre production was an experience like no other; filled with laughter, hard work and creativity from the very first rehearsal. I am extremely grateful to have been given the opportunity to contribute to such a wonderful project and to have witnessed pure joy on stage. The final performance was genuinely brilliant and to see everyone involved continuously put in so much effort, care and talent into their craft was inspiring. ”
Read more about our Outreach

On Tuesday 31 January, STEM Ambassadors from Park Community School joined us for a series of science activities.

Reaching for the Stars

On Tuesday 17 January, students from UTC Portsmouth, one of our partner secondary schools, joined members of AstroSoc for an evening of astrophysics last week.

A Celebration of Primary Maths

As part of our Maths Outreach programme, 55 children from local primary schools sat the Primary Maths Challenge at the College in November, which was followed by a celebration event attended by the Deputy Mayor of Winchester together with their families and teachers.

Sharing a Passion for Science

Members of the Crown & Manor youth club in Hackney, London, enjoyed an evening of scientific spectacles given by College staff.

470 children from local primary school experienced the wonder of an orchestral performance at our annual Primary Schools Concert.

Year 6 primary school pupils were invited to take over our museum, Treasury, and create their own pop-up art exhibition.