Jacob Rees-Mogg: The Role & The Experience

On 28 April 2021, the 1922 Society welcomed the Rt. Hon. Jacob Rees-Mogg MP. Mr Rees-Mogg addressed the Society and the College regarding his position as Leader of the House of Commons, before answering pupils’ and dons’ questions.

The talk was a great success, with almost 200 pupils and dons present, and with numerous questions ranging from foreign policy to the integrity of the Union, inequality, freedom of speech and trade to Conservative ideology. The questions were interesting, relevant and challenging and from all sides of the political spectrum.

Conor Sexton and I founded the Society in October 2020 with the aim of providing high-quality political speakers for the benefit of all Wykehamists and to promote political discussion and discourse throughout the College. Despite the challenges of the already substantial extra-curricular programme, we have had regular meetings and held our first talk last term: ‘Sir Graham Brady, the Making and the Unmaking of a Prime Minister’.

The talk with Mr Rees-Mogg was of particular significance to the 1922 Society and our members. It was reminiscent of an interview in style, and I was honoured to have had the role of interviewer. Equally important were the roles of the team in managing the talk, as behind the smooth nature of the event we were sifting through a wave of incoming written questions, linking the topics, selecting and preparing questions and managing the overall running of the talk. To this end, I would like to give special thanks to Conor Sexton and George Nutting. It was also due to George that we were able to first ascertain such a high-profile speaker.

During the talk Mr Rees-Mogg outlined the importance of our constitution, stating ‘the four pillars of the constitution (monarchy, liberty, democracy and parliamentary sovereignty) have led to our country being one of the most prosperous nations in the world’. He spoke further about freedom of speech and the need to have impartial universities and educational bodies, as one single viewpoint being transgressed without criticism would be detrimental to society.

One of the most resonating questions was from Freddy Beddington, a Philite, regarding how to improve socio-economic equality. Mr Rees-Mogg suggested that education was key: to provide the quality of a ‘Winchester education’ to all.

We were proud to represent the College at such a high profile event, and it will set a precedent for the future of political speakers and talks for the College. I thank all those who attended the talk, all the members of the Society who helped us succeed and Mr Rees-Mogg for his time, and detailed and illuminating responses.

We look forward to welcoming alumnus, The Rt. Hon. Rishi Sunak in the near future, in ‘Rishi Sunak: from Winchester to Westminster’. 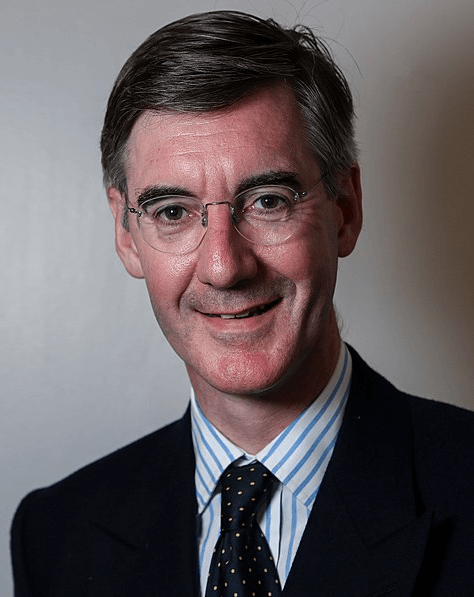 From Ants to Attenborough: a New Natural History Fellow

We are delighted to welcome Miss Eve Cavey as our new Duncan Louis Stewart Fellow in Natural History.

Congratulations to Bob Guan who, through his own research and analysis, has discovered a new species of woodlice, and won a prize for his work.

Studium returns to Winchester with a programme of horizon-expanding lectures by high-profile speakers.

Sixth Form pupils have launched their new companies for Young Enterprise 2021 after a year of planning and development.

Through our long-term partnership with the Butterfly Conservation group, Winchester College pupils are helping restore local habitats to promote biodiversity.