At 2 o’clock on the afternoon of Wednesday 19 June, in the vast Commonwealth War Graves Commission (CWGC) cemetery of Tyne Cot near Ypres, we stood at the graveside of Captain William Miles Kington DSO, Royal Welsh Fusiliers and former Kennyite (Fearon's boarding house). The air was heavy, but the threat of thunderstorms had receded and the sun made a brave appearance. A crowd of perhaps a hundred visitors had been drawn over by the signs that there was something special going on: a colour party representing the local branches of veterans’ associations, a guard of honour from the Royal Regiment of Wales, a padre in cassock, surplice and hood. And this certainly was a special event: the Ceremony of Rededication of Captain Kington’s headstone. We had the great honour of representing his old school.

Kington was killed on 20 October 1914, struck by an artillery shell from a German field gun, but his body was only recovered in 1921. Seven years after his death, there were no indications of personal identity, only buttons and pips showing regiment and rank. When the body was moved into the new cemetery at Tyne Cot, the headstone recorded that the burial was of a Captain of the Great War, Royal Welsh Fusiliers, Known Unto God. However, there was one further piece of identification on the body which provided the final clue. The burial record showed that with the body recovered in 1921 were medal ribbons indicating that this unknown captain had fought in the South African War of 1899-1902 and had won the DSO, the second highest award for bravery in the British army. Given the huge volume of work being undertaken by battlefield clearance teams and the war graves commission, it is perhaps not surprising that this important detail was missed. And it is easy to forget that, in the pencil and paper era, searching, checking and cross-referencing data was a very difficult process. With the huge amount of information now available online, including the war burial records (available in digital form from 2014) anyone can turn their hand to helping to identify the unknown fallen of the Great War. Remarkably, three amateur enthusiasts almost simultaneously hunted down the true identity of that Captain of the Royal Welsh buried in Tyne Cot. Submitting their findings to the MoD’s Joint Casualty and Compassionate Centre, the identification was formally acknowledged earlier this year and the CWGC commissioned the new headstone which was being rededicated.

Amongst those present were Captain Kington’s four adult great-grandchildren: Anna, Jerome, Tom and Sophie. They had known almost nothing of William Kington and were clearly moved by the whole experience of discovering his history. Thanks to information supplied by the MoD, they were able before the service to visit almost the exact spot, in the middle of a field of maize near Zonnebeke, where their great-grandfather had been killed. This was a deeply poignant moment and it was an enormous honour to be present and to be representing WinColl both then and at the Ceremony, where we were able to lay a wreath on behalf of the school and to pay respects to a rediscovered member of the Wykehamical community. 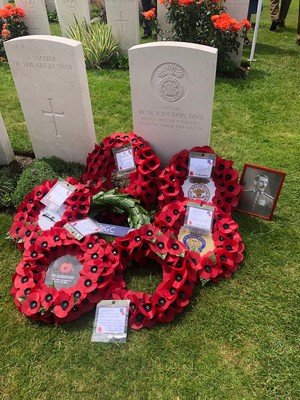 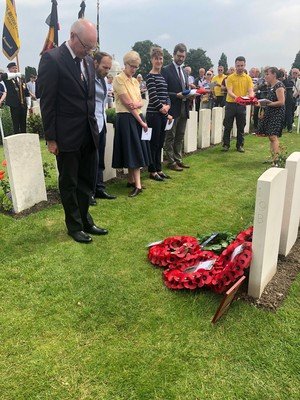 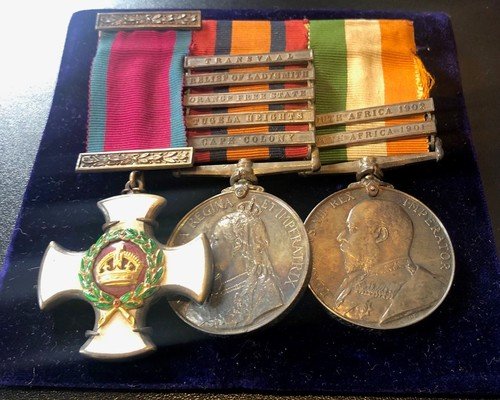 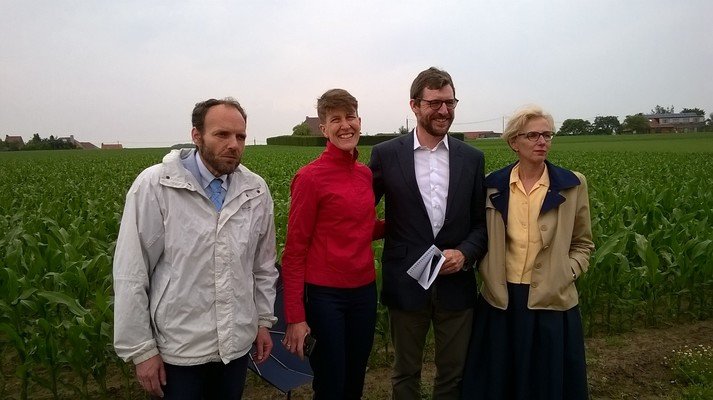 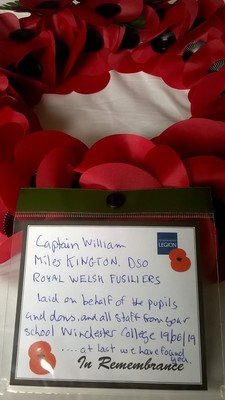 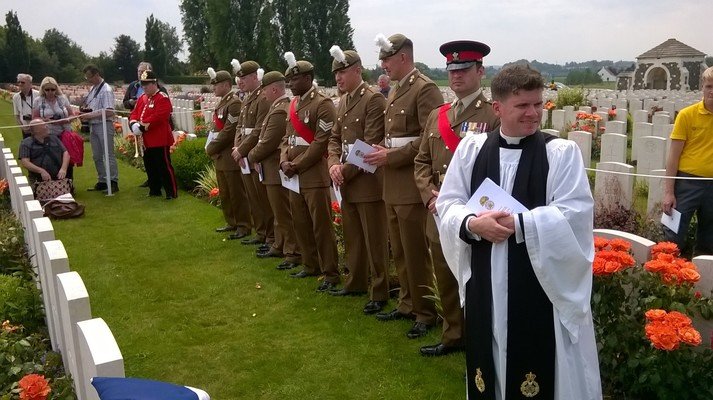 There is always something to celebrate at Winchester College and the last couple of years have been particularly full of significant anniversaries - the opening of the boarding houses and the conversion of Commoners into classrooms - and this summer sees the 150th anniversary of the opening of Moberly Library.

The Evolution of Winchester Match

Sadly, due to COVID-19, Winchester Match is one the events, which have been cancelled this summer. Here, archivist Suzanne Foster, looks back at how Winchester Match developed into the event we know today and shares how it looked in past years.

Whilst the important commemorations of major moments in the Second World War have dominated our collective consciousness in recent months, there are important episodes in British history from that critical period that are less known but where Old Wykehamists played significant roles. History teacher, James Webster, delves into the details.

Life in the Porters' Lodge

The role of our Porters - providing a warm welcome - as well as security for the school is as important today as it was 600 years ago. Suzanne Foster, our College Archivist, explains how the job has evolved over the centuries.

The 75th Anniversary of VE Day

On the anniversary of VE day, we look back at how Winchester marked this day in history.