He had links with Winchester College through his nephews, John and Christopher, who joined the school in 1820. The College's historic collections contain fascinating material relating to the Wordsworth family.

Coinciding with this year’s anniversary, the school has made a new acquisition that adds to our understanding of this crucial figure in the history of English literature.

Wordsworth was made famous by the poems in Lyrical Ballads, a joint publication with his friend Samuel Taylor Coleridge. It was first published as a single volume in 1798, and then in two volumes, with many new poems, in 1800. Through the generosity of the Friends of Winchester College, the school has acquired a unique and beautiful copy of the third edition of Lyrical Ballads, published in 1802. An early owner had both volumes rebound with blank pages at the end, onto which they pasted cut-paper silhouettes inspired by passages from Wordsworth’s poems. 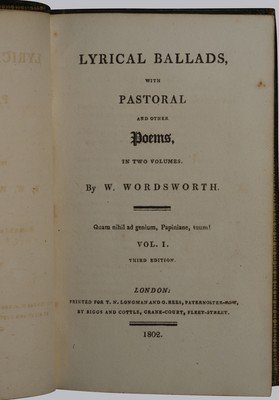 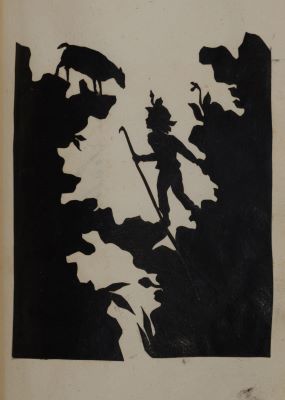 The making of silhouettes was a popular pastime in the late 18th and early 19th centuries, particularly among young women. Typical subjects were family groups, flowers and portraits. Literary or narrative scenes, like the twenty-three silhouettes in this copy of Lyrical Ballads, were more rarely attempted. These illustrations provide fascinating evidence of a contemporary reader’s response to Wordsworth’s poems. They seem to have been particularly interested in depicting the interactions between figures, and in moments of heightened drama and emotion.

Winchester's biannual speaker event, Studium, offers pupils the opportunity to hear from a host of experts in myriad fields, with the aim of broadening perspectives and horizons.