The path to autumn

John Keats spent time in Winchester in 1819; his most productive year as a poet, working on 'Lamia', 'Otho the Great', and 'Hyperion'. “The air is worth sixpence a pint” he told a friend. He took regular walks in the water meadows, and wrote his beautiful ode “To Autumn” after walking through the meadows to the Hospital of St Cross.

From the 10th of September until the 20th of December 2019, the Treasury will host an exhibition about Keats and Winchester in the early 19th century. This will explore the influence of the city on Keats, and also some of the links between Keats and eighteenth century poets educated at Winchester College (particularly William Collins and Joseph Warton). Among the objects on display will be Keats’s ‘death mask’, on loan from Eton College.

During the Autumn, there are a number of events taking place at the school, celebrating the poet's work.

On Wednesday 11th September, Sir Jonathan Bate (Professor of English Literature at the University of Oxford, Provost of Worcester College, Oxford) is giving a talk entitled, John Keats: his time in Winchester and 'Ode To Autumn'. Tickets are available here.

Marking the actual day of Keats's famous walk, Headmaster Dr Timothy Hands will give a talk on 'Winchester Poet Power: The Path to Keats’ Autumn' on the 19th of September.  More information and tickets are available via Heritage Open Days. 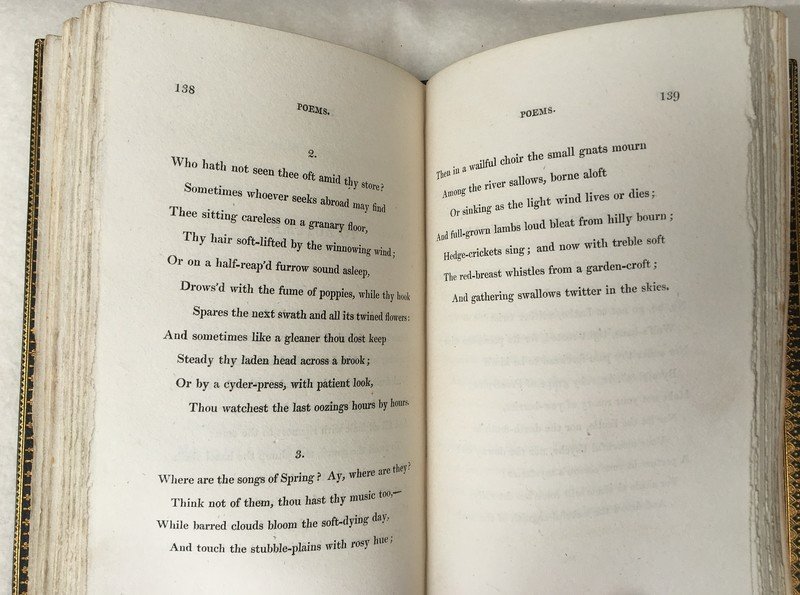 John Keats died 200 years ago of tuberculosis. He stayed in Winchester in 1819, his most productive year as a poet. While here he took regular walks in the water meadows and wrote “Ode to Autumn” after walking along the river to the Hospital of St Cross. This article looks at his time in Winchester and the disease which would eventually 'take his breath away'.