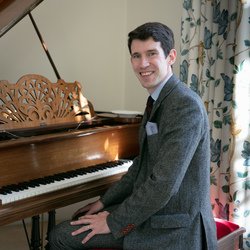 Tim Giddings became Housemaster of Morshead's in September 2020. He teaches Classics and Div. Tim came to Winchester in 2009 after finishing a postgraduate degree at Oxford, where he wrote a thesis on reading patterns in Ancient Egypt. He was the resident tutor in College from 2010-16 and coaches soccer, Winchester football, and cricket. He edits the school magazine and believes that tweed is the culmination of clothing.

Tim is married to Hannah, and has three young children. In his spare time he enjoys learning new languages; the latest challenge is Welsh.