The Danckwerts Chemistry Prize is awarded to the school’s best performer in the national prize exam, the Cambridge Chemistry Challenge for Lower Sixth, which is taken at the end of the summer term. This year’s winner was Vinson (College). He achieved the level above a Gold, called a Roentgenium Award (a chemistry joke, as Roentgenium is a newly discovered element in the periodic table that follows gold in the sequence down Group 11: copper, silver, gold.) This put Vinson in the top fraction of the top 1% of students taking the paper and won him an invitation to a chemistry camp at the University of Cambridge. Camp participants attended advanced lectures and performed experiments in the university labs.

The school's prize is in honour of Peter Danckwerts, an old Cookite from the 1930s who lived a remarkable life. He read Chemistry at Balliol and during WW2 was attached to the Navy where he was receiving training to defuse mines. He was called upon to defuse some of the largest unexploded ordnance that was dropped on London – large mines that were dropped by parachute. On one occasion, he spent two nights running to defuse magnetic mines of a type he’d not yet been trained to defuse. It was near-miraculous that he managed to do this alone and he was subsequently awarded a George Cross. He later became a leading figure in Chemical Engineering in the UK and the Shell Professor at Cambridge, where he made significant contributions to the subject. He also directed research at the Atomic Energy Authority and became a Fellow of the Royal Society.

The prize was awarded to Vinson by his nephew, Peter Danckwerts.

The Stewart McDowall Prize is a new science essay competition, for post-GCSE pupils to complete over the summer. It is also open to new pupils joining the Sixth Form that autumn.

The competition aims to stretch and challenge pupils. The essay must focus on an ambitious topic - beyond GCSE in complexity - and requiring effort for pupils of this age to understand. It must be well-organised, with clear exposition of the content. It should contain interesting material, presented in an engaging way, and there must be evidence of sustained research, with several sources in the bibliography.

“Overall I was highly impressed with the standard of the scientific content, and with the quality of the writing. The papers were succinct and to the point, without being brief. ” 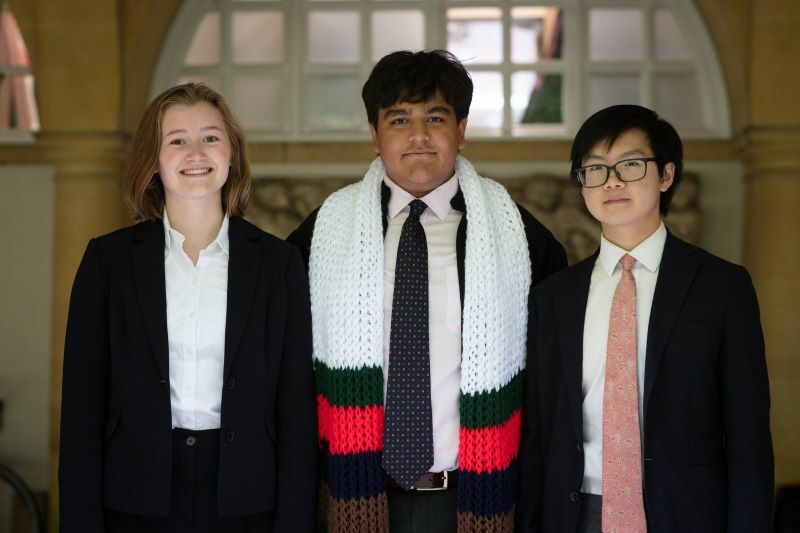 The external adjudicator, current Head of Science at Eton, awarded the following prizes:

In selecting his winner, the judge commented:

"I felt that the paper by Taanvir on Transition Metal catalysis was the strongest... The format was clear, and the information was presented in a readable form that would be comprehendible by someone who is not an expert in the field. There was evidence of a good amount of research, and a sound effort to embed the referencing into the body text with the presentation of a comprehensive bibliography. Overall an excellent paper."

Renowned ornithologist Roger Morgan-Grenville gave our annual wildlife lecture, which was attended by 450 primary pupils from across the county. Primary pupils' poetry was recognised at a prizegiving tea after the talk.