Now over 80 weeks into the Sports Centre project, the past 12 months have presented a number of challenges. However, despite a global pandemic, medieval archaeological discoveries and having to work below the natural water table, the new state-of-the-art facilities are still on track to be completed in 2022.

The new Sports Centre, while it will be one building when complete, is being constructed as three 'pavilions', the fitness, sports hall and swimming pool pavilions. On 10 November 2020, a key milestone was marked in the build. The lowest part of the dig - called "bottoming out" - was reached on site to lay the foundations of the swimming pool pavilion. To mark the event, the Headmaster and Mr Mark Burley, Director of Sport, were presented with a ceremonial spade by Mr Mark Norris, Regional Operations Director of Kier. The deepest part of the pool will be 3.8metres below the level of the old PE Centre Car Park and required the level of the water table to be reduced temporarily to allow construction.

The piling is now complete and the foundations have now started for the building of the new Sports Centre. The dewatering pumps are in place and keeping the water-table levels low for the construction of the new swimming pool. The excavations to form the basement to the pool are complete and the pool basement's concrete floor slab has now been cast. The pool basement works are due to be cast shortly. 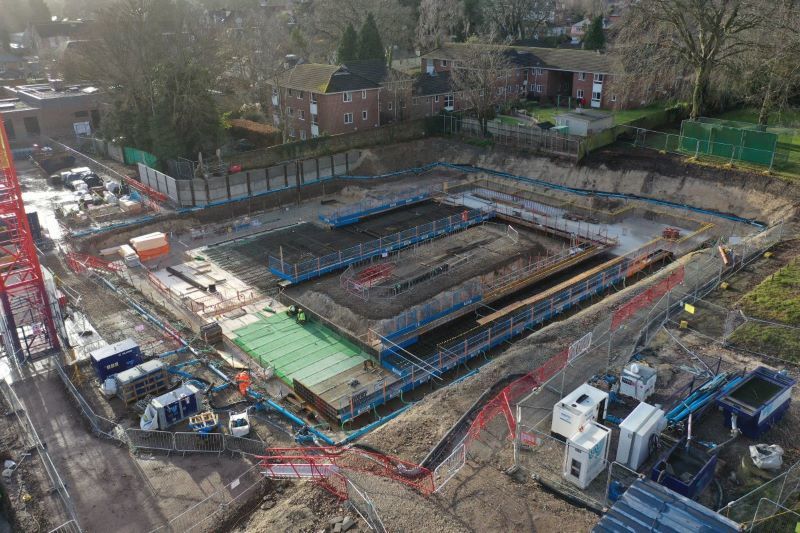 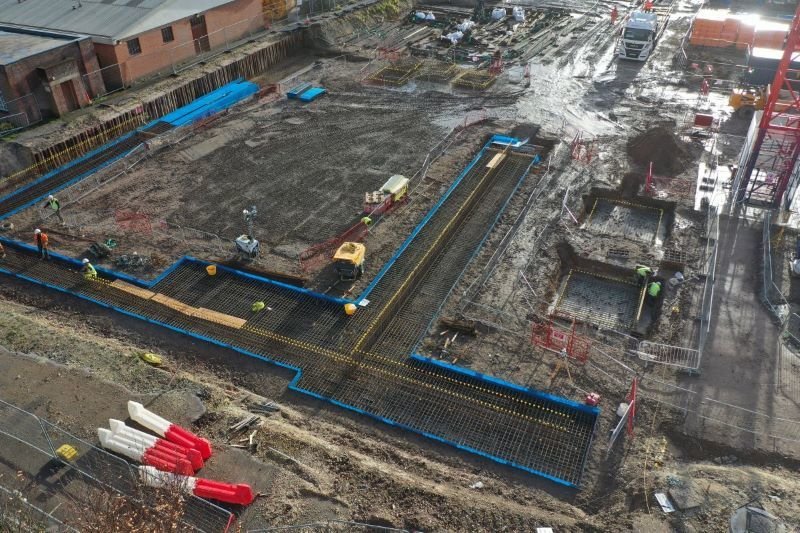 A key part of phase 1 of the Southern Campus Development project was to move parts of the Works Department into a new Support Services Building. This building has been completed and the team will have moved into their new home during February 2021.

As part of the planning conditions, the site is subject to an Archaeological watching brief. In May 2020, much to the excitement of the archaeologists, they started to make some discoveries. Medieval pottery and a knife were found and, subsequently, a medieval lane and stone-lined well.

The lane was last mapped in the 1370s and has been identified as Gynge Lane. Its path runs directly under the path of the new Sports Centre up to St Cross Road. In fact, the main reception entrance and corridor will sit over the line of the lane. Two past residents are recorded in historic records as living on “Gynge” Lane in 1320. Ralph, the Clerk to the Cathedral, and William of Exeter. The well is of the same age and positioned by the side of the lane, which is unusual and may indicate that it was a commercial well. A team of archaeologists plotted the exact route of the lane, and recovered and recorded all finds of significance before work continued. A total of five thousand items, dating back to 1320 AD, were removed from the site to be researched further.

Looking to the future

At the 'Bottoming Out' ceremony in November 2020, Winchester College's Director of Sport explained how the school had overcome the challenges of COVID to deliver a full sports programme throughout autumn. He also shared the collective excitement about the new facility and the future of sport at Winchester.

The fundraising target is £20 million and thanks to the generosity of parents and Old Wykehamists we have raised £18.4 million in cash and pledges. The more we can raise in support of this project, the more we can protect both the existing endowment, which pays for the current bursary programme and the proceeds of the Barton Farm development, which is ring-fenced for the expansion of the bursary provision. Bursaries remain the fundraising priority. Further information about the project and how to support it can be found here.

The Fives squad achieved success across the board at the Schools' West of England Tournament at the start of the year.