The show must go on. It’s an age old adage that could not die on my theatrical watch.

But it did; or at least that's how it felt for the first month or so. With a prompt end to my first year physically at school, and with lockdown firmly taking its grip, there seemed no more opportunities to pursue the dramatic arts. The school performance of Macbeth was indefinitely suspended; the debating competition froze on the eve of the final; my own screenplay adaptation of The Hobbit seemed to dissolve in front of my eyes.

I sat and waited and it seemed that there was no hope. Even EastEnders was running out of steam.

Then it suddenly dawned on me that I needed to take action myself. So, to my mother’s horror, I painted a wall ‘Optimism Green’ and with green screen technology, brought the outside in. There was nowhere in the world I couldn’t appear to be. Every backdrop and setting was now possible. My brothers proved to be more useful than I previously realised as they became the focus of my shows. I found that a staple gun makes a tremendous seamstress and can repurpose old curtains. 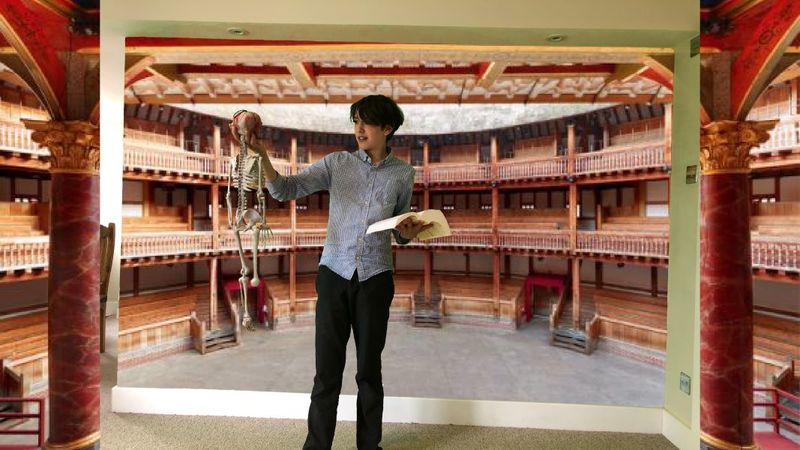 Theatre is now constrained only by my own ambitions and imagination. It didn’t take long before I saw myself in the Globe.

An iam is the rhythm of the heart
Achingly it doth beat beyond the stage
What is life without dramatic arts
The show must triumph; beam beyond the cage.

Launched at the beginning of term to give an insight into life back at school, Carson (College) shares his 'new normal' in this week's Porters' Post.

Tristan is finding new enjoyment in classically British pastimes and literature, as well as finding the increased independence required of online learning the perfect preparation for university.

Volunteering in his local village and cycling for charity, Alfred is using his time away from school in a particularly inspiring way.

Writing from Hong Kong, Seb is missing dorm life in his boarding house. He's working his way along the main island's walking trail, to escape his apartment whenever possible.