Three senior Royal Marines cadets from Winchester College (pictured with red sashes) were invited to march in Her Majesty The Queen's Funeral Parade in London on Monday 19 September 2022. The only Royal Marines cadets to take part in the event, they were three of just 15 CCF cadets from across the UK to have the honour of participating in the parade.

The team took part in a total of seven rehearsals for the occasion, including the full dress rehearsal, before the funeral in London. It was very eerie marching through the empty streets of London at night, which we knew would be full with members of the public coming to pay their respects on the day of the funeral. We felt very privileged to be part of such a small cohort, representing over 47,000 CCF cadets and members of staff on such an historic day.

Our three cadets showed immense professionalism and commitment in preparing for such a momentous occasion. On the day itself they exuded calm in what was a pressurised environment, with the whole world watching; particularly when we were leading our procession from Wellington Arch back to Wellington Barracks.

For me, it was an especially poignant occasion as the day before The Queen’s death I had received The Queen’s Platinum Jubilee Medal, in recognition of my service to the CCF at Winchester College.

“The feeling of honour that rushed throughout my body was immense.”

Cadet Salar said of the occasion: "The moment that resonated most with me was walking past Westminster Abbey into Parliament Square. Lined with the incredible variety of uniforms that the armed forces have to offer, the feeling of honour that rushed throughout my body was immense. This was amplified by the RM band ushering us on with the beats of the music. The crowd's energy echoed from both sides of the street and created a keystone of the arch that pushed us through the whole procession."

Cadets James and Seb will continue their military careers after Winchester, having secured places on the Officer Training course at RMA Sandhurst. 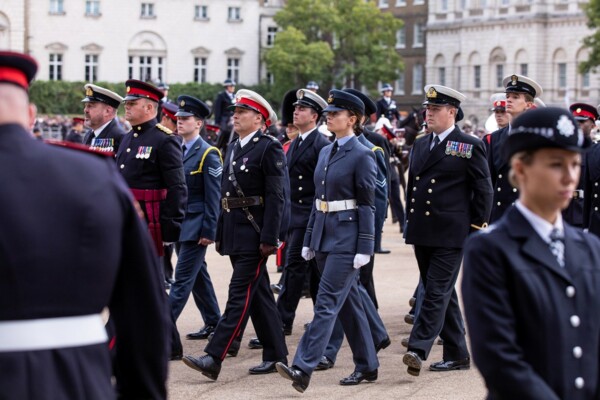 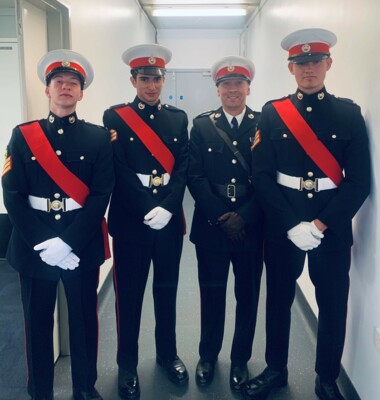 Youth MP at the Despatch Box

Dev Sharma, Youth MP for Hampshire, and Winchester College Sixth Form pupil appeared at the Despatch Box on Friday 4 November to make the case for action to tackle climate change.

On Monday 17 October, Winchester hosted an Eco Conference for 250 state school pupils and staff from across Hampshire, focused on topics related to climate change and sustainability.