As the country entered lockdown for a second time in November, the Winchester College community once more stepped into action to support those in need in the local area.

College employees volunteered again for Winchester Council's Local Response Team, making deliveries to support vulnerable families with shopping, prescriptions and other essentials.  Staff have also collected a large number of toys and gifts for the Salvation Army to give out to local families who find themselves unable to buy presents this Christmas.

These initiatives build on all the efforts undertaken by the school since March to support individuals, families and organisations through these challenging times. Over the summer a team from the College worked in partnership with the Salvation Army and local homeless charity, Trinity Winchester, to  deliver more than 3,000 microwaveable meals to local people in need. Head of Spanish, Jan Hepworth, coordinated this response, and has since been chosen to receive Trinity Winchester's David Walton Award for Outstanding Contribution from a Volunteer. Sue McKenna, Chief Executive of Trinity Winchester, commented that Jan's support and co-ordination of the cooked meals during lockdown was a "real life-saver for the charity, and we could not let that pass".

The Mayor of Winchester has also recognised the school's contribution to the community, awarding special Local Hero Awards to boarding house matron, Karen Palmer, and school chef, Philip Reeves. Karen has supported a number of vulnerable Winchester residents and families through the pandemic, and formed a sewing group to make face masks for Autism Hampshire and local care homes.  Alongside a team from the College, Philip worked very hard to prepare nutritious meals for vulnerable city residents, producing up to 80 meals a day, which formed a vital lifeline for many.

As an organisation, Winchester College also received a Local Hero Award from the Mayor.  In his letter, the Mayor said "It is people like you who make our neighbourhoods feel a little safer and who make others' lives a little more comfortable when they have needed it most.  I am proud to be able to mark this with a public gesture of recognition on behalf of Winchester City Council". 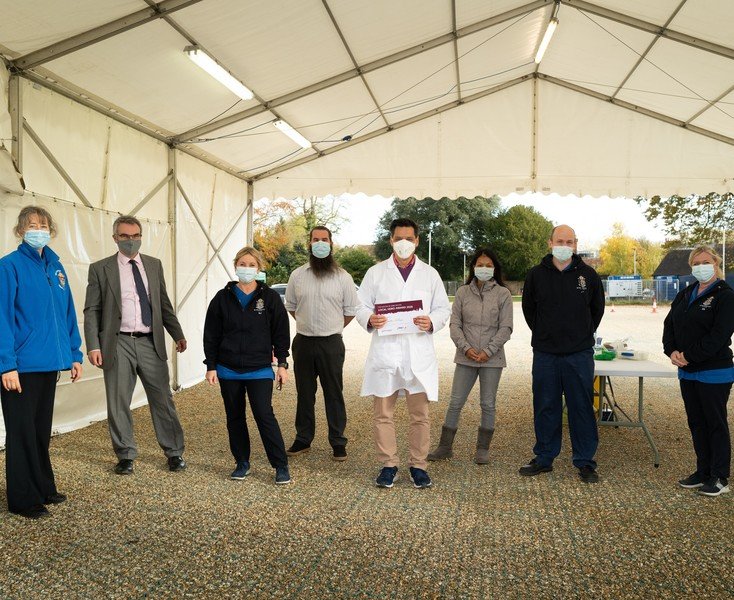 Starting the spring term, known as Common Time, in the UK's third national lockdown, one of Winchester's Head Boys encourages the whole school community to keep mentally healthy by setting personal goals, remaining physically active, and participating in the challenges and inter-house competitions being set by senior pupils this term to keep up morale.

In the first of a series of insights into school life during this unique time, we hear from Ben Wen who recently joined the school as a JP in Furley's, spending the past two weeks with his brother in quarantine. Ben looks back at his first impressions of boarding life.