Aspiring Medics Get A Grilling

Aspiring medics from five local schools convened on Winchester College for a series of tough mini-interviews of the kind they are likely to have when applying to medical school.

Each of the 32 sixth-formers had 10 six-minute interviews at different interview stations, a format most medical schools now use. A wide range of skills was tested in the different interviews – everything from medical ethics, analysis of urine samples, vaccination, chemistry and biochemistry, to role play.

The event was organised by Head of Biology Matt King. “This is the first year we have run this in-house and that allowed us to tailor it to include the interview stations, which candidates find hardest,” he said.  At his own interview station, Mr King made aspiring medics discuss the implications of the Second Amendment to the US Constitution (the right to bear arms) as well as some of the medical questions that would arise in a nuclear conflict.

“Even resident thespian and master-in-college, Ian Fraser, was recruited to act the part of a distraught and furious person whom the sixth formers would each, in turn, have to deal with,” Mr King added.

“Despite being rather gruelling the students appreciated it was excellent preparation for real medical interviews, which are known to be tough and many-sided,” added Head of Science Chas McCaw. 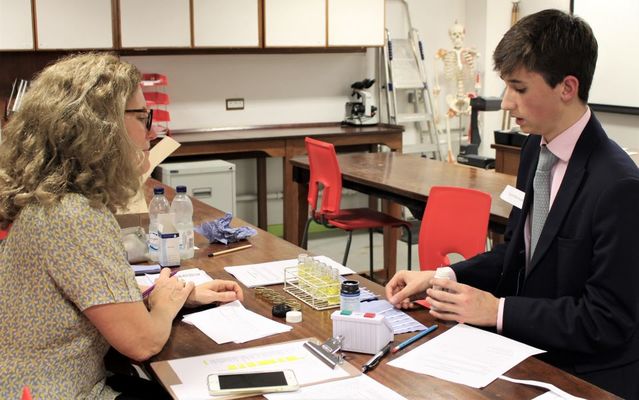 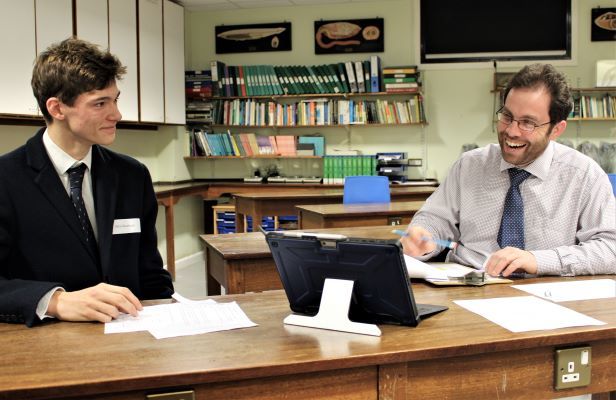 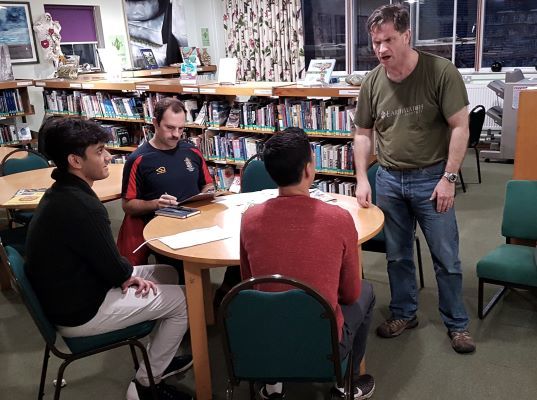 Winchester College is proud to have formed a new partnership with UTC Portsmouth, a STEM specialist college on the south coast.

Winchester College took part in the Physics Partners Online Physics Festival on 17 July 2021, supporting the training of 62 teachers and technicians.