Since the early 1980s, October has been designated Black History Month, a month for promoting and celebrating the history and contributions of Black people to the social and cultural fabric of the UK, and to the world. As a school we have spent time thinking about how we emphasise the inseparability of the histories and stories of those who have been marginalised, overwritten or otherwise untaught from what we might see as our ‘own’ story. We are a diverse community, and one that celebrates voices and cultures of all sorts. Our pupils are richer because of that diversity; not just in October but throughout their time at Winchester.

Thinking about how we celebrate diversity is taking place throughout the school wherever you look: from the Diversity and Inclusion Audit led by the Bursar; to ensuring that the English curriculum includes a range of voices, places and people; to promoting writing of and about people of colour in Moberly Library; to encouraging the boys to reflect on the role of Africa in the twenty-first century at Studium.

Div provides the natural landing place for many of the questions that pupils must ask to understand where we are now, and the space to explore the long shadow of the forces that have got us here. What assumptions informed and justified racial oppression and the expansion of colonial rule? How did these assumptions come to be? How can we examine the non-western world on its own terms? What happens when we look robustly and critically at ourselves and our cultures? How do these questions help us situate ourselves in the context of current events, and how do we best prepare our students for the world in which they will study, work and live?

Ultimately, these questions date back to our foundation in 1382, and the radical idea put forward by William of Wykeham: that we should be measured not by our birthright - or, we might add, by our race, - but on our own terms.

In the brief excerpt below from Dr Laurence Guymer's Div lesson with Year 10 pupils, he provides the context for their exploration of the Benin Bronzes, and what these might tell us about African history on its own terms. 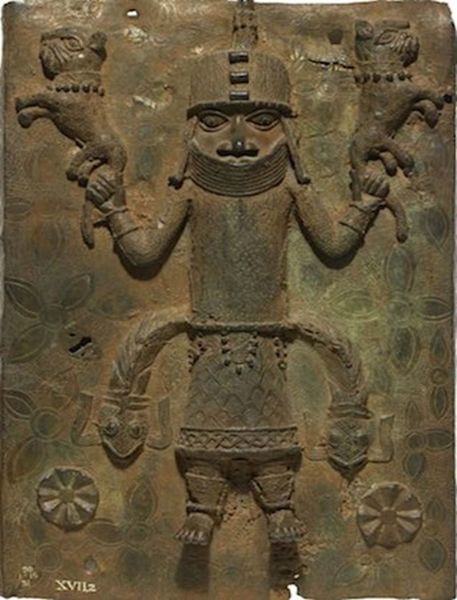 "In Div, we look at assumptions about how the world worked in the past and how it works today - assumptions regarding, for example, racial and civilizational hierarchies that informed - and still inform - a lot of thinking about the world, what was, and is, worth studying in it, and how it should be studied. Such assumptions informed and justified the expansion of colonial rule in Africa, Asia, and the Middle East. Many of these assumptions persist in popular discourse, as well as in academic study in schools and universities. They can be heard here at Winchester, in Mugging Halls and Flint Court class rooms. For example, whilst many might not call certain societies ‘backward’ explicitly, many theories and practices of development depend on this very assumption – that progress can only be achieved by a white, Western, capitalist, model.

In 1963, the eminent British historian, Hugh Trevor-Roper, wrote: ‘Perhaps, in the future, there will be some African history to teach … But at present there is none … there is only the history of the Europeans in Africa. The rest is largely darkness.’ Over the last fifty years, archaeologists, anthropologists, historians, geographers, and art historians have opened our eyes to African history, and proved wrong Hugh Trevor-Roper. Their work reveals societies of great complexity and global interaction from a very early time. Using a variety of different sources, it is possible to recover African history on its own terms."