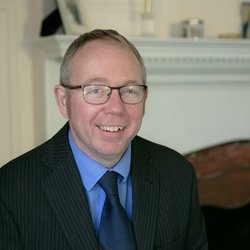 James has been Housemaster of Hawkins' since September 2009 and is due to stand down as Housemaster in the summer of 2021. He is also Director of Educational Outreach, building partnerships with schools across the region.

He studied Maths at Kings College London, followed by a PHD at the University of Manchester. James has previously acted as Master in Charge of Football, Assistant Head of Maths, Master in Charge of Fives, an Assistant Housemaster and cricket coach. James looks after the school's link with Crown and Manor, a boys’ club in Hackney, and is a Governor at two local schools.

James is married to Rowena, who teaches Spanish and French at Winchester College, and they have two children.

Mr Anthony Dakin will take over as Housemaster from September 2021.
Read more about Anthony. apd@wincoll.ac.uk.